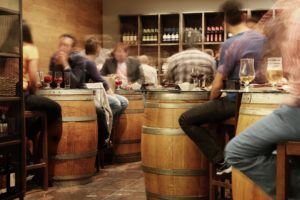 Wine is something that is enjoyed by most. Wine has been around, consumed, and enjoyed for a long time! Those who study wine tend to learn about the composition and makeup of wine but there are some other interesting customs and history associated with wine that are interested to take note:

1. The custom of bumping glasses to “cheers” is a greeting from old Rome.  They used to bump glasses intending to spill wine from one cup to another to make sure no one was trying to poison the other.  In ancient Greece the host would drink the first cup of wine to show it was not poisoned.

2. In ancient Rome it was forbidden for women to drink wine. If a husband found his wife drinking wine he was legally allowed to kill her.

3. According to ancient Egyptians, wine was actually the blood of men who tried to fight gods and failed. The kinds would avoid drinking wine.  They believed what made people act irrationally was the drinking of the blood rather than the alcoholic in the wine.

4. In Vietnam, if you ask your waiter for a glass of cobra wine, you’ll receive rice-wine covered in snake blood killed on the spot.  You can add the snake’s heart if you ask, too!

5. During the prohibition period in the States, grape juice concentrate manufacturers took advantage of American’s lust for drinking wine.  They put an extremely clever warning sticker on their product saying, “After you mix the concentrate with water, please do not keep the mix in a barrel for 20 days – as it will turn into wine.”

8. When storing your wine, don’t keep them standing up because this may cause the cork to shrink and thus let oxygen leak into the bottle. Try to keep the bottles lying down. 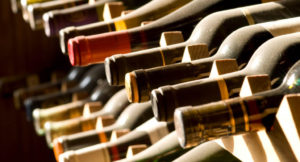 9. A survey in Australia found that women who drink 2 cups of a wine a day tend to enjoy sex more than women who don’t drink at all.

10. Oenophobia is the name of the fear of wine.  People with oenophobia really exist and they actually suffer if they go out to restaurants often!