Learning About the Art of Naming Wines 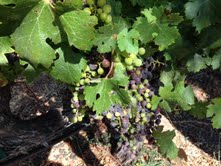 We have all had those moments when we are in a restaurant and know exactly which wine we want, but the pronunciation of the name alone can discourage people from going forward and ordering it. A recent article in the Chicago Tribune, explains that most Italian wines are named based on three fundamental factors: after the grape itself, the region in which the vines are cultivated or where the wine is manufactured, and lastly a combination both the location and grape type. In rare occasions wines get their names based on the style of production and methodology specific to a region. These fun naming tricks have been used by wineries for decades, and make it fairly easy for consumers to know exactly what they are getting based on the name alone, however, you need to do a lot of wine drinking in order to familiarize yourself with these characteristics.

Most Italian wines that are served in restaurants around the United States come to us already named. Well known wine staples, such as cabernet sauvignon, merlot and chardonnay are made of “international varieties” – the term refers to standard grapes that used in most wineries around the world. Though the term “international variety” gives the impression that these grapes are found equally worldwide, the majority come from the French region, such as two of my favorites Cabernet Sauvignon and Chardonnay. Other well known classic grape varieties like Sangiovese and Nebbiolo are extremely popular in Italy. Wine producing regions like Spain and eastern European countries like Moldova are well known for producing popular wines like Pinot Noir and Tempranillo. However, due to low costs and easy access, many vineyards have adopted to international variety grapes. This change in manufacturing has decreased variety of international wines found in restaurants around the United States. Other traditional wineries that have stayed away from this fad, use noble grapes, which are associated with the production of top quality wines. Although they are adopted by vineyards around the world, noble grapes are traditionally used only by the local regions in which they grow.

Another clue that can be helpful when deciphering a wine and its origin is the name of the  place where the grapes were cultivated and produced. In Italian the letter “d” means “from,” and in wine language, if a bottle has the title “Sangiovese di Romagna” it means that the wine is cultivated from sangiovese grapes and it is from the Emilia- Romagna in the Region of Northern Italy. Countries like France, Portugal and even the United States also follow this naming trend. There is another categories that differentiates countries and their wine production.  This classification distinguishes wines that come from the Old World, which is predominately European countries like Italy and France that have been producing wine for thousands of years.  New World is the respective term and it refers to countries that are fairly new to wine production and modeled after European winemaking methods, such as the United States, Australia, New Zeland. A major difference between the two is the structure and procedures of wine making. Old World countries have been manufacturing wine for millennia and rely mostly on traditional practices and mature grounds, whereas New World produces wines that vary in textures, body and fruitiness.