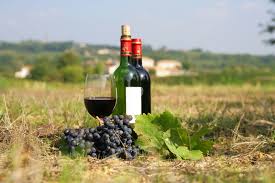 In the last few years France has taken a strong stance regarding their advertising regulations,  and is holding companies accountable for maintaining complete honesty throughout their campaigns. Alcohol consumption is among the regulated fields in which the encouragement of “excessive and customary” alcohol drinking is prohibited. Non- compliance from companies means thousands of dollars in fines and even prison time.

Several alcohol distributors and companies are forced to change their slogans and literature in order to fall in line with the anti- alcohol lobby regulations. Cotes du Rhone is one of these companies that has fallen short in meeting these expectations, and in turn were ordered to update their wine labels. The well known advert depicts a man holding on to a red balloon with the slogan below reading “au gout de la vie’ , which translates to “taste for life.” NAPAA, also known as the National Alliance of Professionals Against Alcohol Abuse, believes that the advertisement makes a direct correlation between happiness and alcohol consumption- which they think is a violation of France’s Evin Law.

Evin Law  was passed in 1991, and it bans the promotion of alcohol and tobacco products throughout France. It initially was meant to combat excessive tobacco usage and alcoholism, however, in recent years it has moved its focus more towards managing the messages these companies are trying to relay to their consumers, especially to the younger generations.

Although the court ruled in favor of  Cotes du Rhone, they were ordered to slightly modify the slogan. Wine makers believe that Evin Law is blindly applied to cases across the board, and it does not leave much room for creativity in the advertisement campaigns. A new lobby group called Vin & Societe was formed in 2014 in order to show their support for companies who are being targeted by these laws. Vin and Societe is now looking at alternative bills that can override Evin Law, and create a more balanced playing field for all parties.

← Wine Making In Antarctica
Could Drinking Wine Be a New Form of Exercising? →